A Concept for a Disneyland Dubai ! 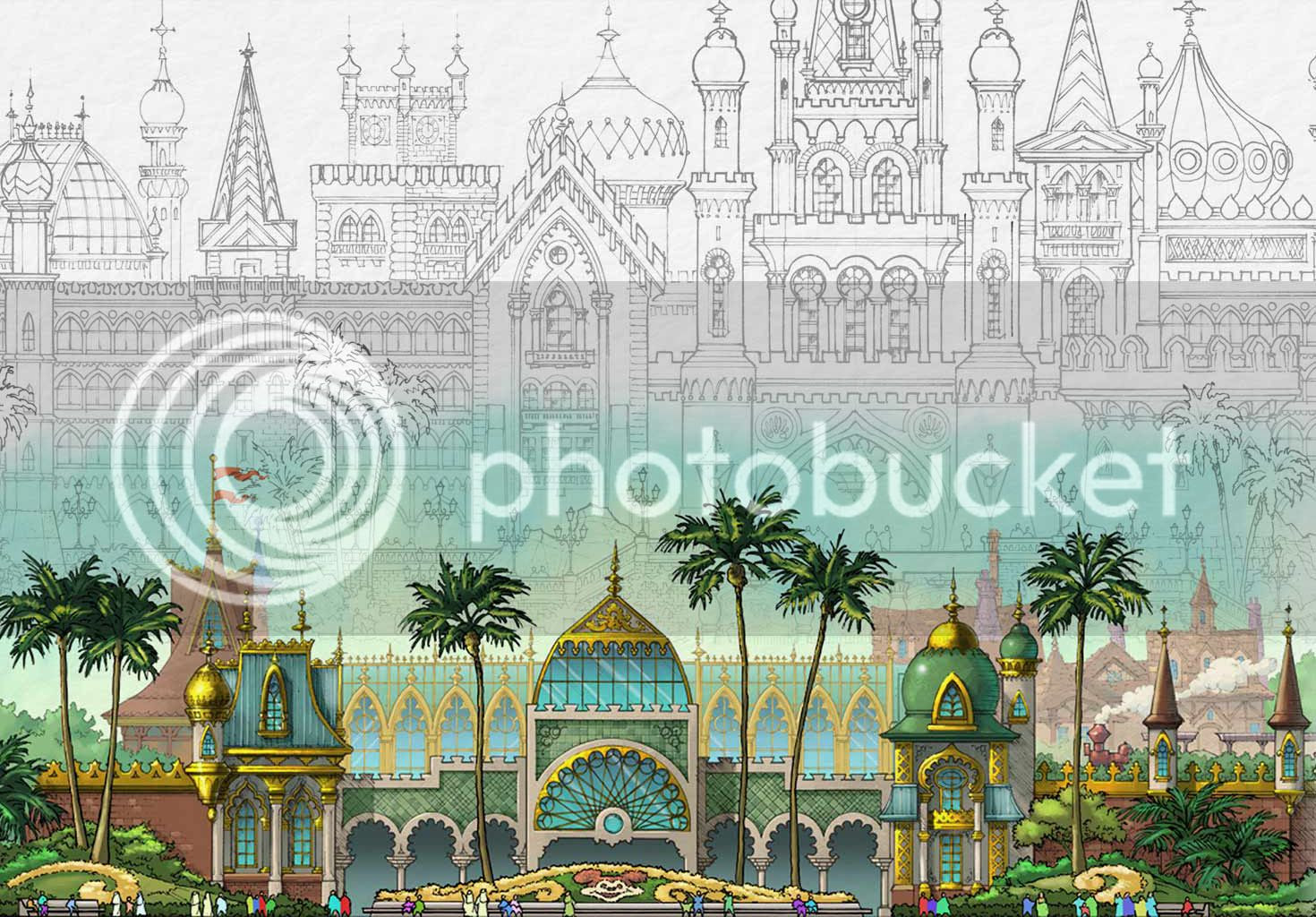 Here is a great find about a Disneyland Dubai concept. You may have seen it on the WDWMagic forum or others websites as some articles already talked about it, that's why i had to delay this article prepared a few weeks ago.

So, someone found on the Favili Studio website  this concept which was apparently done not for Disney but for the Riva Group which has connections with Meraas, a company currently developing five parks in Dubai, called Dubai Parks, two of them already being announced - a Six Flags and a Legoland. Although it happened that Disney sometime use for secret projects a third party company i doubt that it is the case here because if this was done, even unofficially at the request for Walt Disney Imagineering, i doubt that Favili Studio would have posted these artworks.

Anyway, it's an interesting concept and although the park design looks much smaller than a Magic Kingdom this "Disneyland Dubai" have several lands and we're going to have a closer look at them. But first, here is the main artwork showing the whole park, click to enlarge the picture. 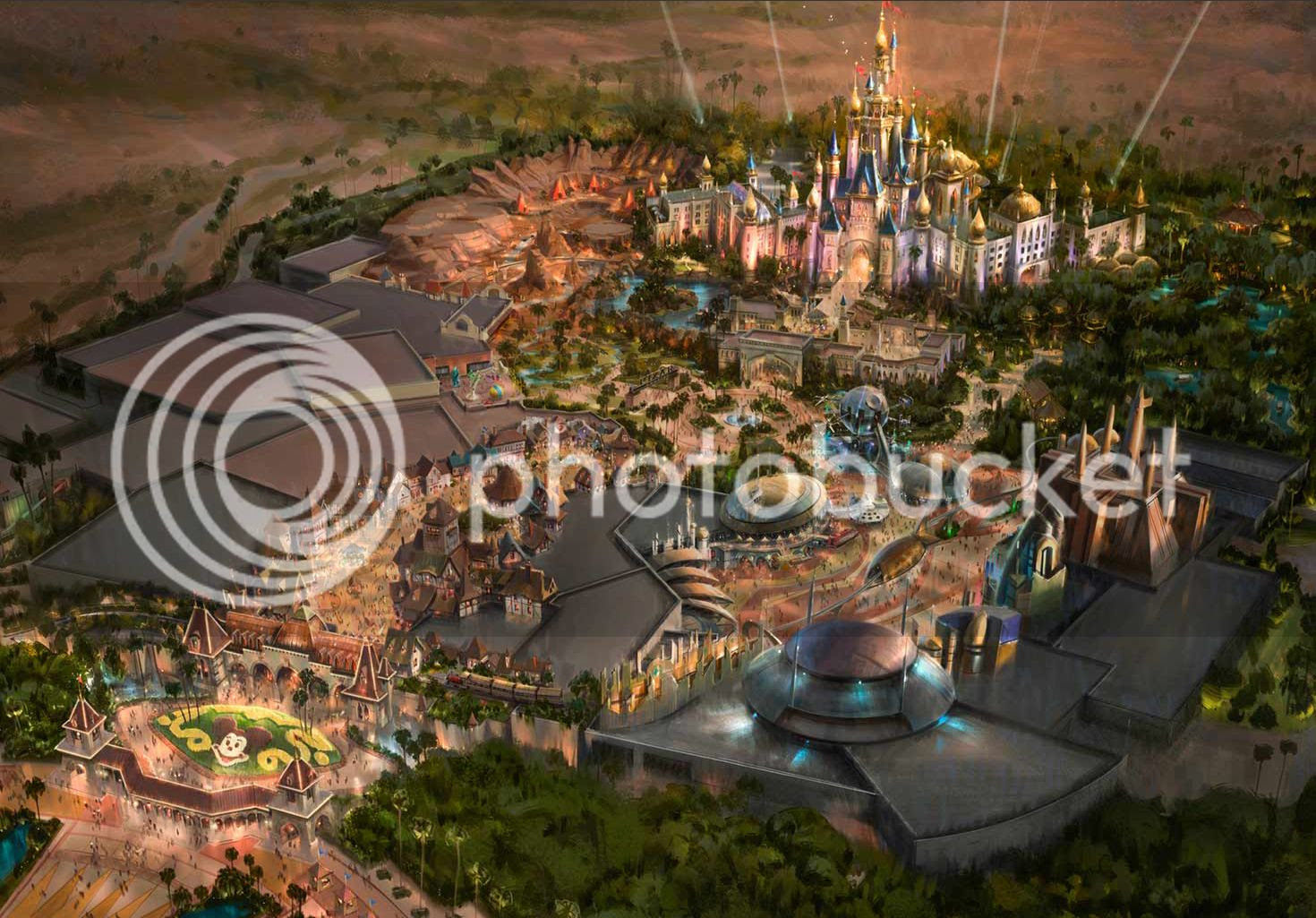 A closer look at the entrance reveal that, instead of the regular Main Street U.S.A, is envisioned a kind of medieval-Fantasyland "main street" entrance. Note the train as well as the train station at the entrance. 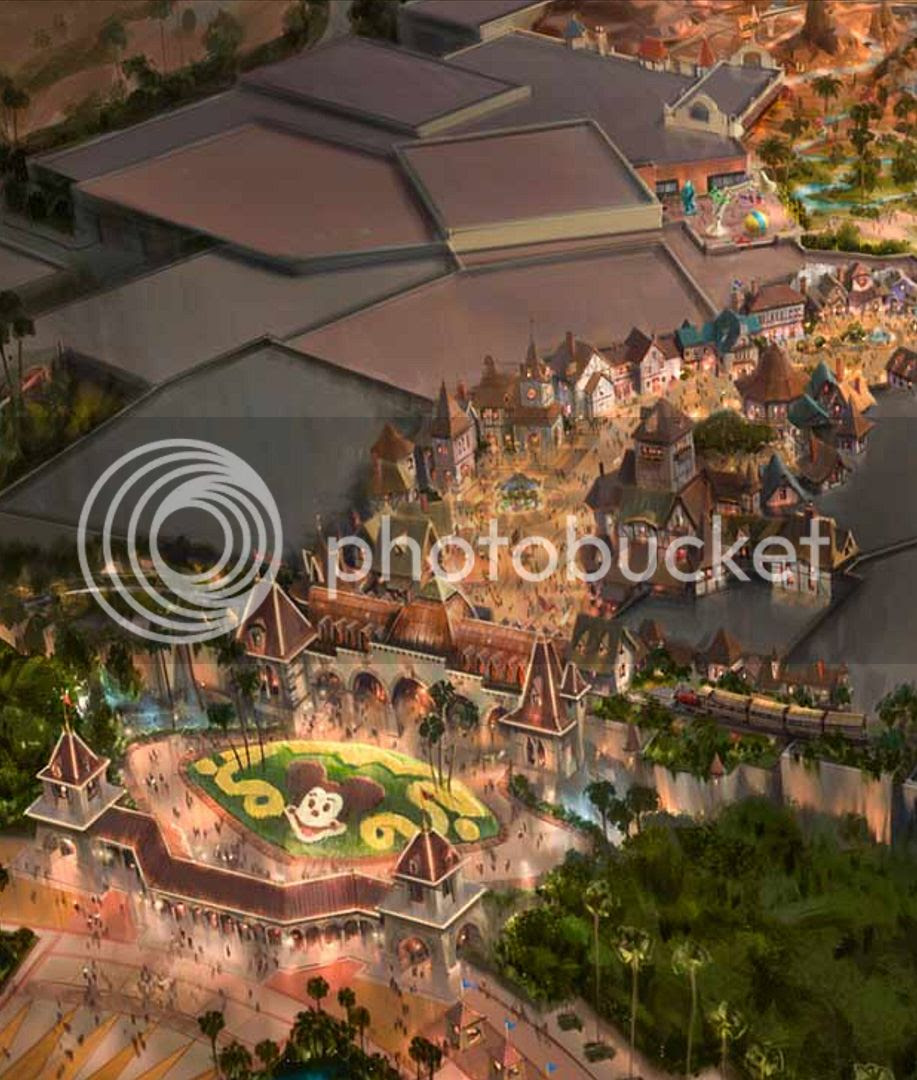 ...A "Fantasyland style" street in which will be probably located some of the Fantasyland dark rides and shops, and even Toon Town buildings by what i can see in the background. 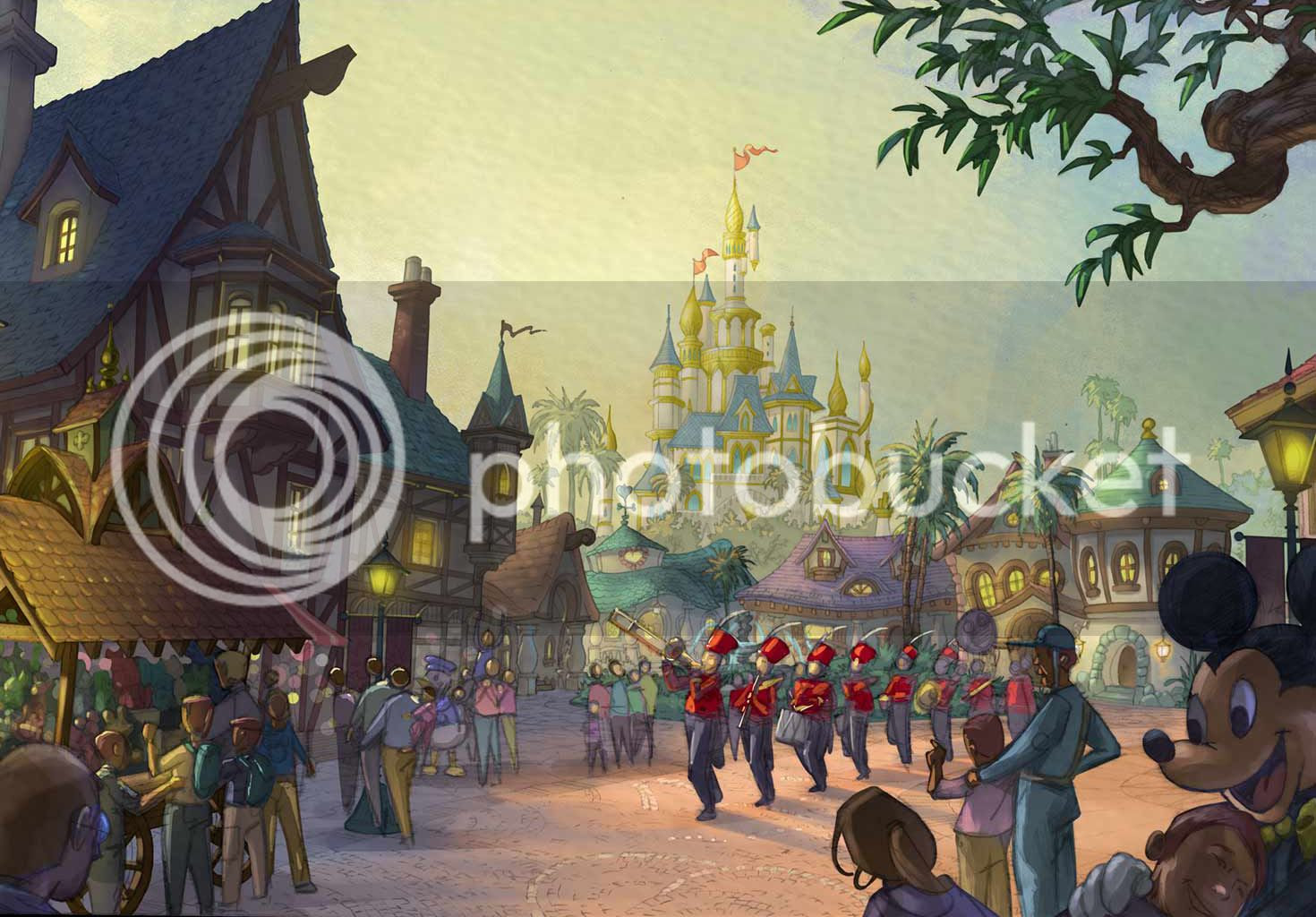 This entrance street would lead to the central plaza with the Disneyland Dubai Castle. The design of the castle partly reminds me Sleeping Beauty Castle at Disneyland Paris but with the top of the towers designed with an Arabian style. 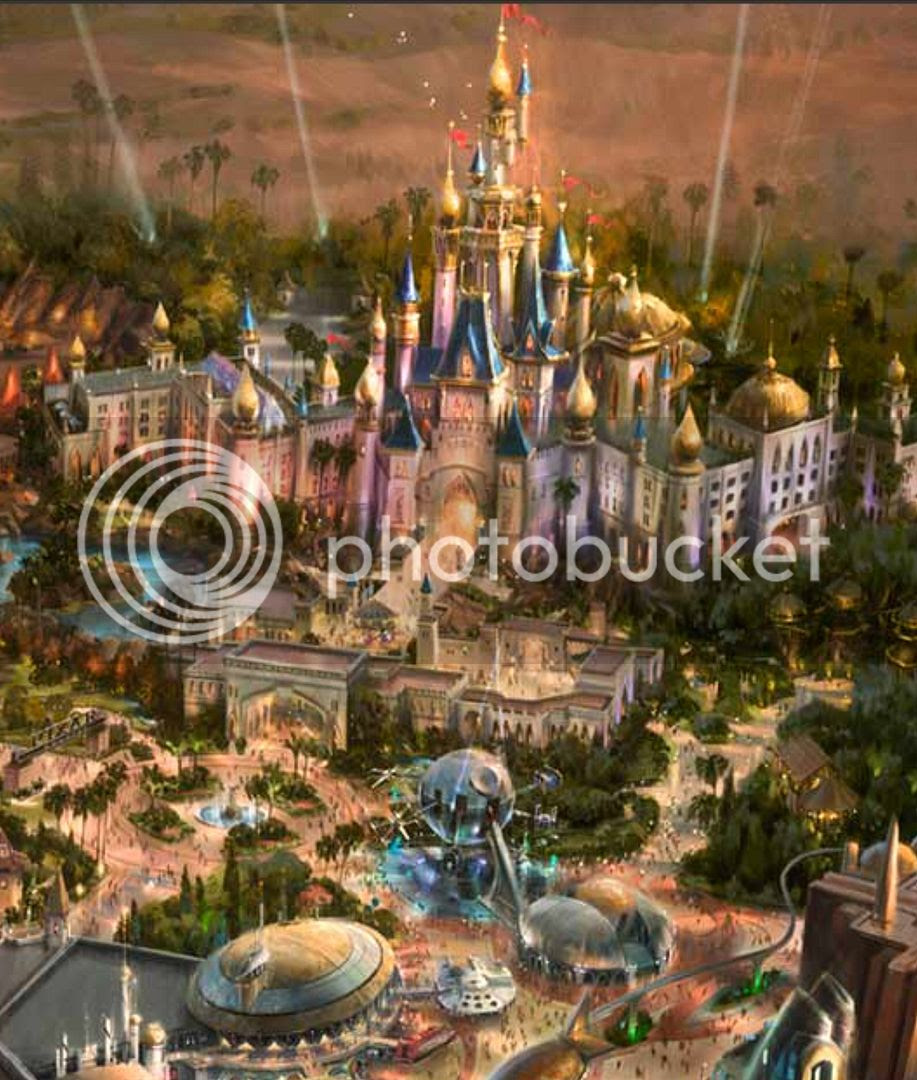 This Disneyland Dubai Castle, will also be a 5 stars hotel and on this next artwork you'll see the entrance of the hotel, located apparently on the back of the castle. 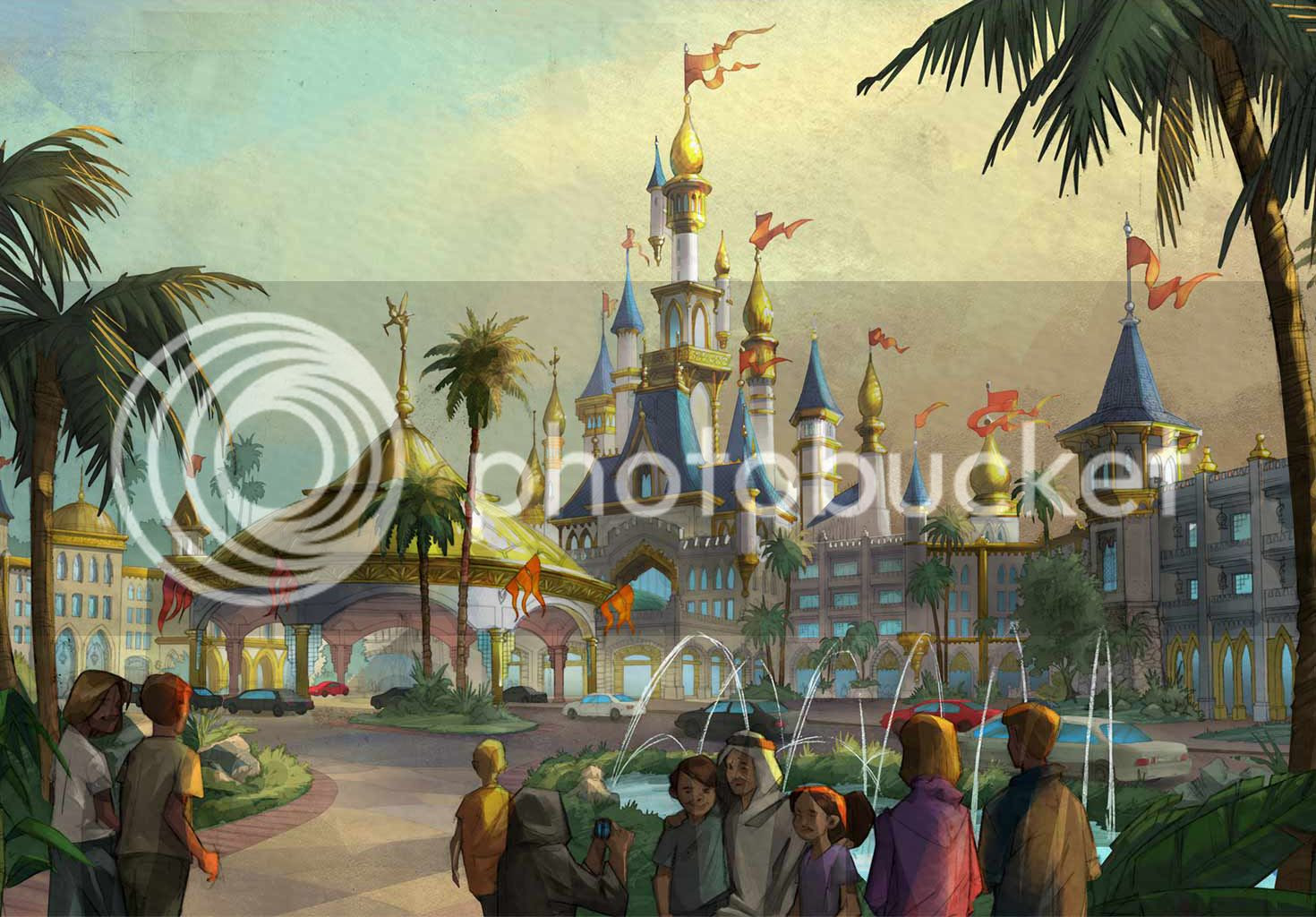 Now, on the right of the castle we can see the layout of a Jungle Cruise ride, so i suppose that this would be the Adventureland part of the park. 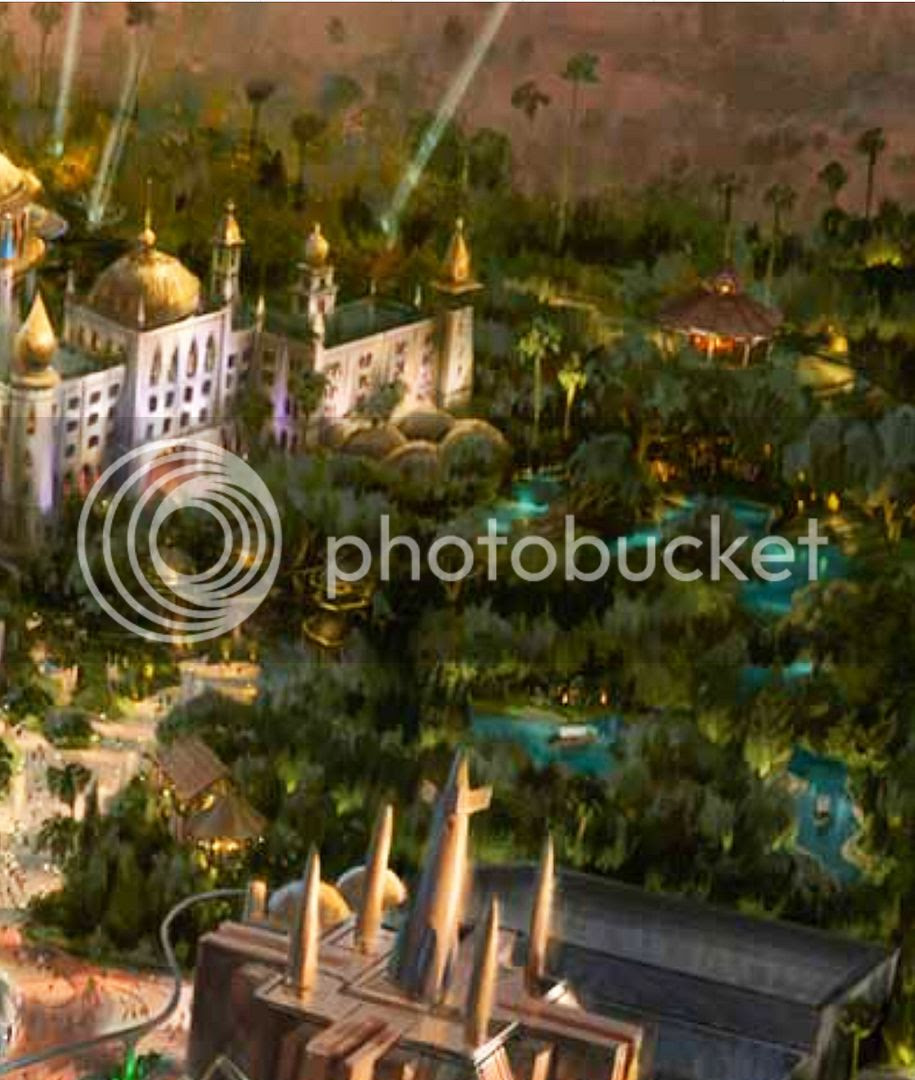 And on the left side of the castle, surprise, instead than a Frontierland we can see another kind of American West land, i.e Cars Land! Radiator Springs Racer is here as well as others elements that we can find at DCA... 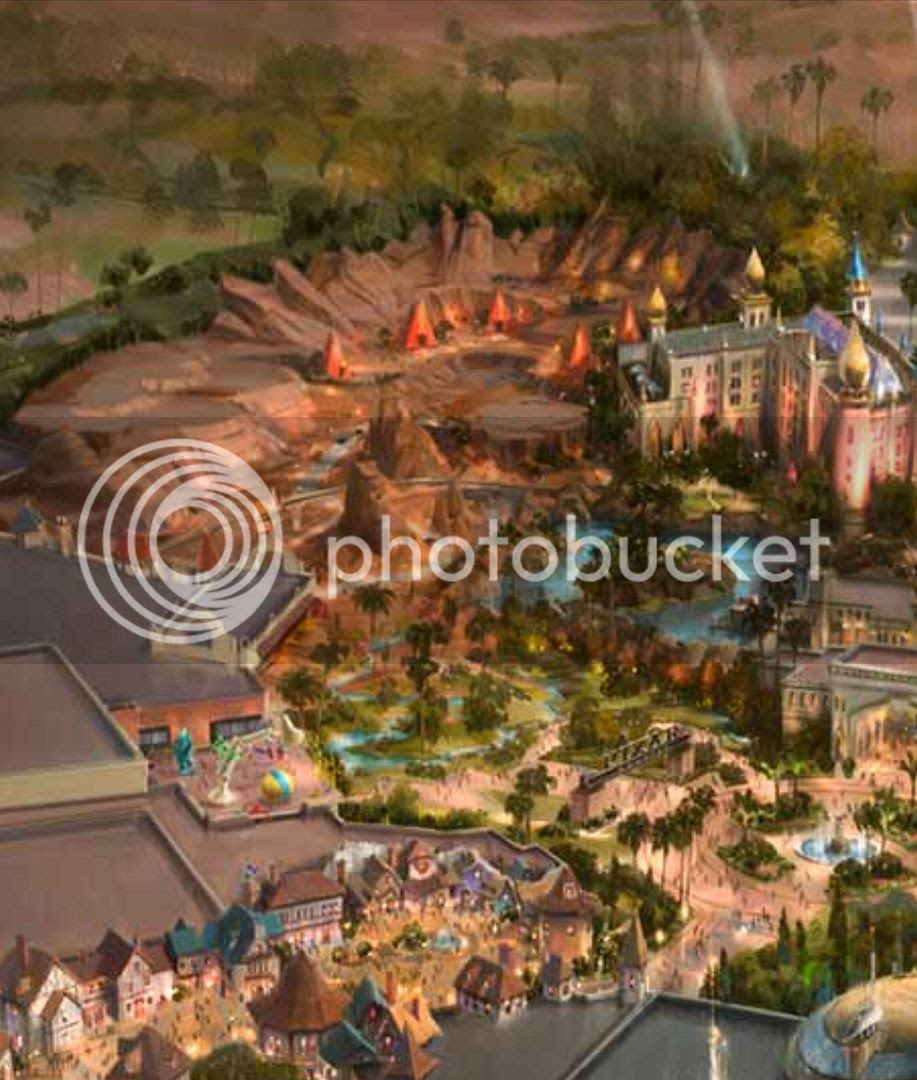 ...and if you look near the bottom left of the picture above you can see the Pixar lamp and the Pixar ball on the roof of a building which might indicate another attraction or tribute to Pixar Animation Studios as the artwork below confirm it. You'll note the similarities of the inside design, with all the screens, with the DCA Art of Animation pre-show room. 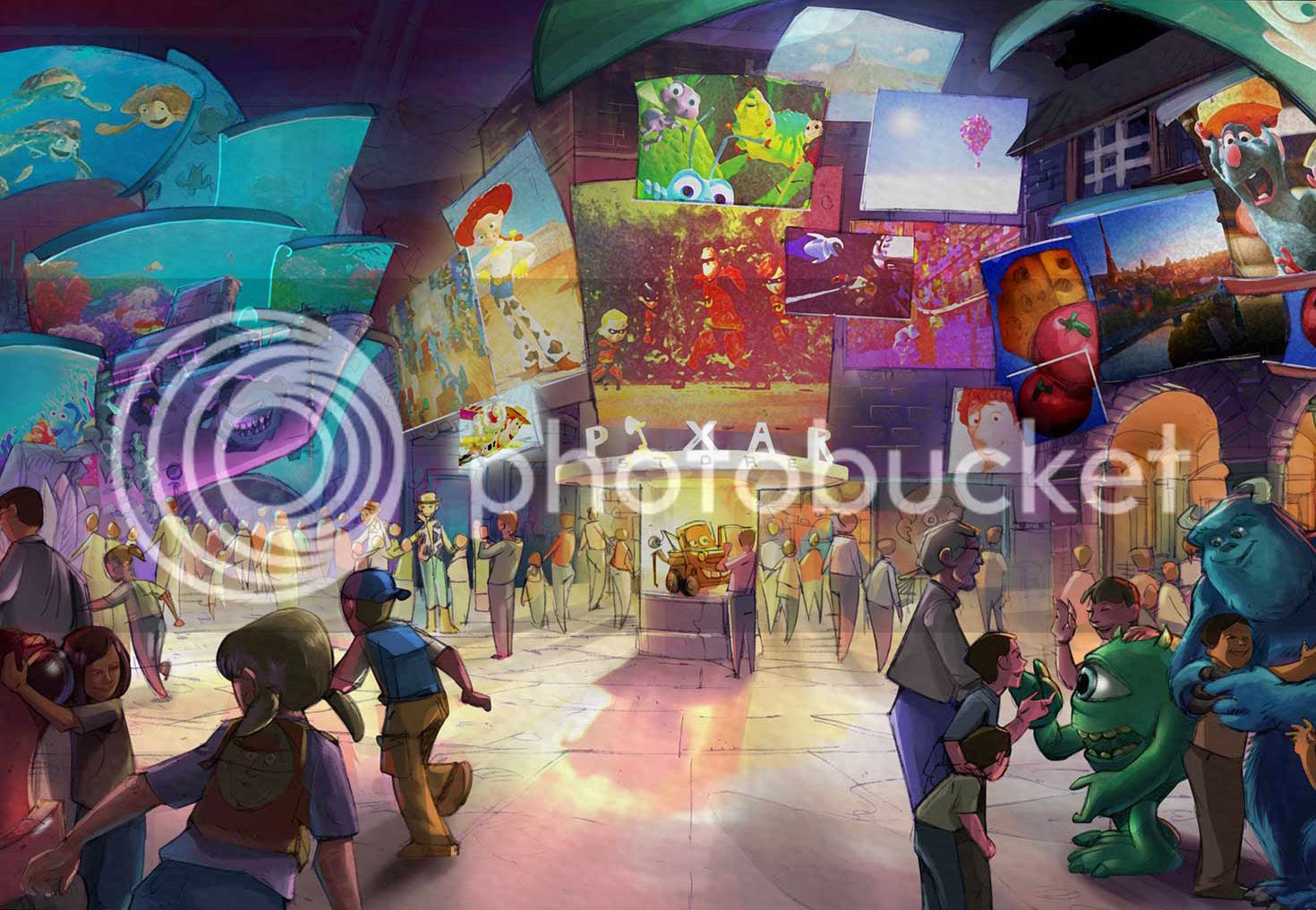 Finally, as there is no Disneyland Park without a Tomorrowland we can see on the bottom right of the main artwork what would be Disneyland Dubai Tomorrowland, with futuristic design and monorail. And even eventually some Star Wars attractions as we can see a kind of "Star Wars Orbitron" with X-Wing and Tie fighters as well as a full size Millennium Falcon at the entrance of the land! 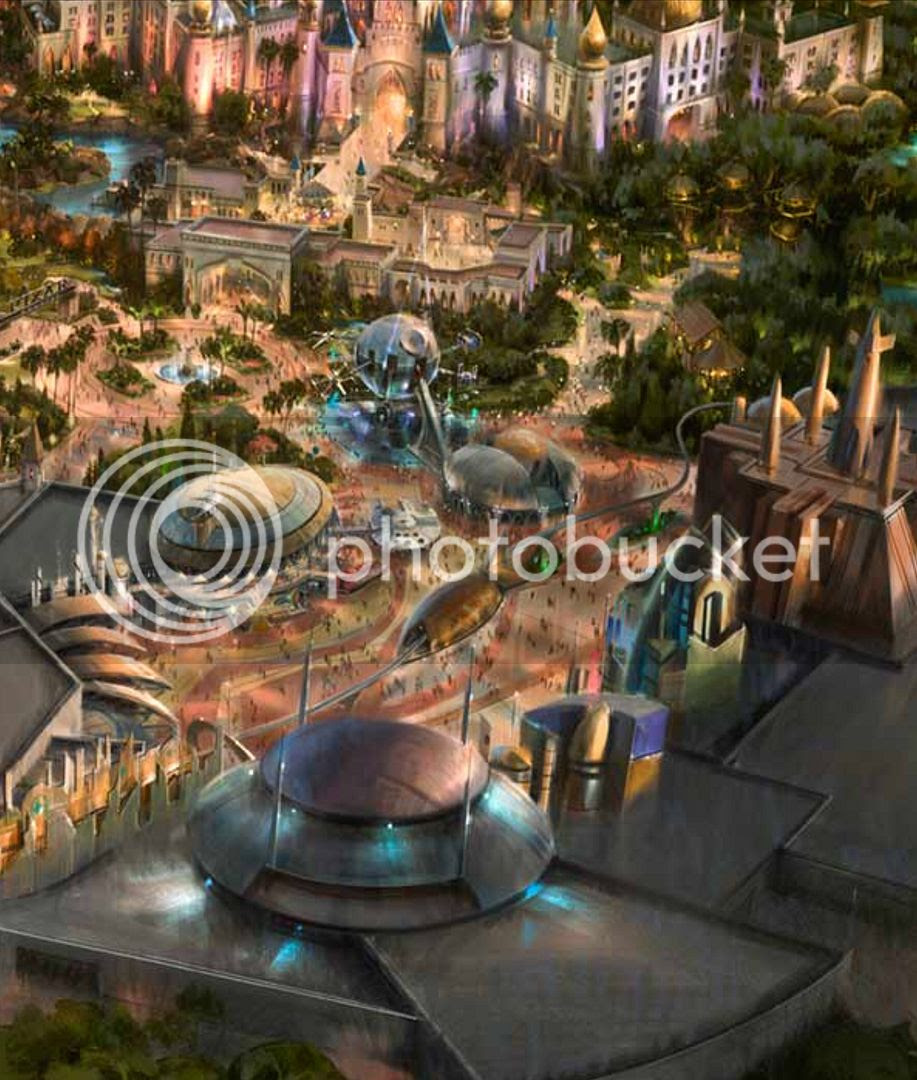 So, is this a real project, would it become reality? No one can tell, and honestly i don't know. May be the concept was done hoping that Disney would like it and will accept to build a Disneyland in Dubai, may be it's the real thing, but considering the hotter-than-ever situation in the Middle East i doubt that Disney will develop a park - even in Dubai - anytime soon...we'll see!